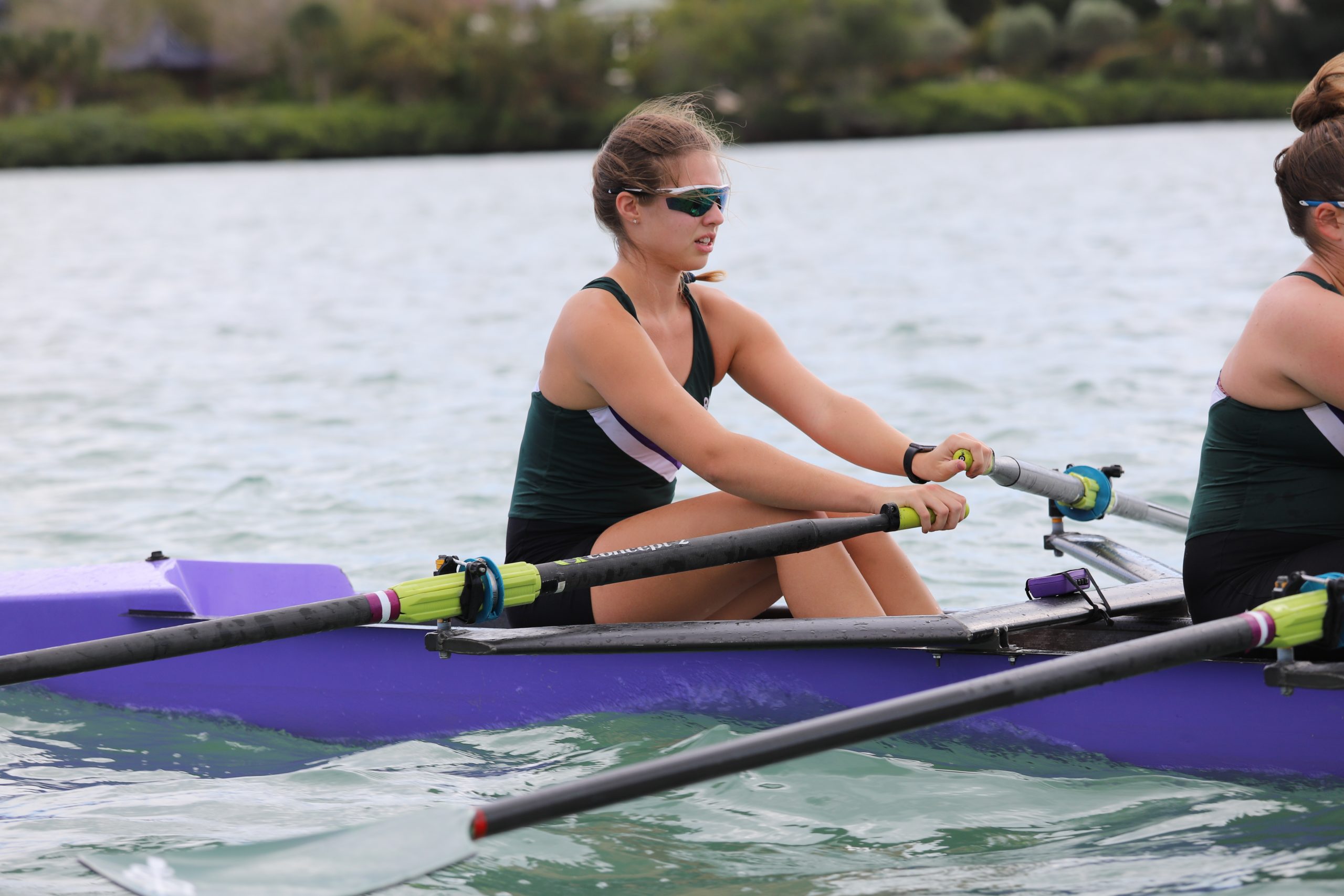 Rowing has given my daughter amazing self-confidence and shown her what teamwork means.  As she puts it, “You know when someone in the boat is not pulling hard.”

It all started when my daughter, Ella, needed an after school activity for her Cambridge Degree Application for Sarasota High School.  She was our couch potato. Books were her afterschool activity, but that wouldn’t fulfill the requirements on the application.  She was ripping thru books reading at least one a week if not more.

We had tried several other sports over the years, but none of them were right for her.  About a month before seeing the Cambridge Degree Application, a family friend had taken Ella out for a row in a Double.  She reluctantly admitted she liked it, but nothing more.

“You know when someone in the boat is not pulling hard.”

After reading the application and seeing the need for an afterschool activity, she announced that she wanted to try rowing.  I think the stars aligned that day.  My wife called and found out that Scullers were having a Learn to Row that day and a Parents Meeting that evening.  We signed Ella up for the Learn to Row and I attended the Parent Meeting.

The change in Ella was immediate.  She would come home exhausted but with a smile on her face. Her self-confidence sored.  The coach started talking to the team about the importance of nutrition and getting plenty of sleep in order to perform at your best.  Ella in turn started asking us for healthier food choices and reduced her sugary snacks.

Due to her rowing with the Scullers, Ella went from a reclusive couch potato to a self-assured athlete that participated in two national races with her teammates.

She will be attending the University of Florida in the fall and has continued the healthy eating and physical exercise after the rowing season ended. Rowing taught her a lot about the sport and teamwork, but even more about life that of which will serve her greatly in college and beyond.